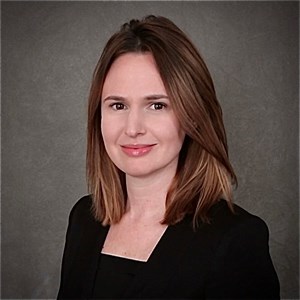 Katalin Peter, Esq. has joined AOBA as Vice President of Government Affairs, DC – Residential. In her role, she serves as the organization’s lobbyist representing AOBA in all matters related to multifamily residential real estate in the District of Columbia. Katalin will work alongside Eric J. Jones, MSF AOBA’s Vice President of Government Affairs, DC - Commercial.

Prior to joining AOBA, Katalin worked first in commercial litigation with the automotive and insurance industries. She continued her career with the US House of Representatives Judiciary Committee during the 2008 housing crisis. Most recently, Katalin served as the Vice President and General Counsel for the DC and Greater Capital Area Realtor Associations.  There, she engineered victories such as the single-family exception to TOPA and the creation of the First-Time Homebuyer Benefit for workforce housing residents. A Hungarian American, Katalin received her economic-based Juris Doctor from George Mason School of Law, where she served on the Journal for Law and Economics. She received her Bachelor of Arts in government and German from Franklin and Marshall College.

“Katalin brings a wealth of housing experience and expertise to the position, and we are excited to welcome her to our government affairs team,” said AOBA Executive Vice President Margaret “Peggy” Jeffers. AOBA’s talented and dedicated DC government affairs team is well-positioned to continue the important work of partnering with elected officials, industry partners, and other stakeholders to ensure a successful economic recovery from the pending pandemic.