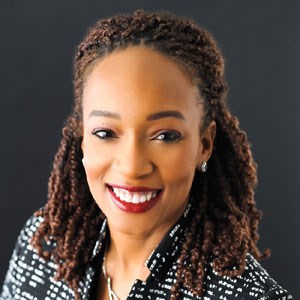 Nicola Y. Whiteman, Esq. is the Senior Vice President of Government Affairs, a position she assumed in 2015. She is responsible for implementing and managing the comprehensive and effective government affairs program that ensures robust advocacy of AOBA member interests before all county and municipal governments in the region, as well as in the Maryland and Virginia General Assemblies. In addition to supervising AOBA's three jurisdictional government affairs vice presidents, she oversees AOBA's political arm, the Metropolitan Washington Political Action Committee (METPAC) and directly handles AOBA's advocacy work in Montgomery County, MD.

Prior to her current position, Ms. Whiteman served as AOBA’s Vice President of Government Affairs, District of Columbia from 2005-2014. From February 2003 to December 2004, she served as the Subcommittee Clerk for the Subcommittee on Public Interest at the Council of the District of Columbia under the Chairmanship of Councilmember Phil Mendelson (D-At Large). The Subcommittee had primary jurisdiction over utility, labor, and voting rights issues. Prior to her tenure with the Council, she was an Associate in the law firm of Quagliano & Seeger, P.C. in Washington, DC. Ms. Whiteman received her B.A. in Government from Georgetown University in 1995 and her J.D. from the Villanova University School of Law in 1999.