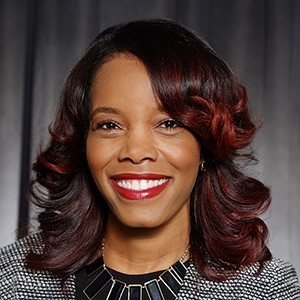 Kirsten B. Williams, Esq., joined AOBA in January of 2015 as Vice President of Government Affairs, DC. In her current role with AOBA, Kirsten focuses on the DC commercial market, overseeing the association's advocacy efforts on all commercial-related industry matters before the legislative and executive branches in the District of Columbia.

Prior to joining AOBA, Kirsten served as Pepco's Senior Public Affairs Manager for Government Affairs and Public Policy. In this position, she developed and implemented strategies to advance legislative and regulatory policies, while serving as a lobbyist and testifying on behalf of the company. She also previously served as an Attorney Advisor, and Legal Clerk at the Federal Energy Regulatory Commission.

Kirsten holds an undergraduate degree and a Master of Public Administration from Appalachian State University, and a Juris Doctorate from Howard University School of Law.